We have created an interactive web application that enables simultaneous graphical querying and construction of executable models of the CX neural circuitry based upon currently available information regarding the geometry and polarity of the arborizations of identified local and projection neurons in the CX. 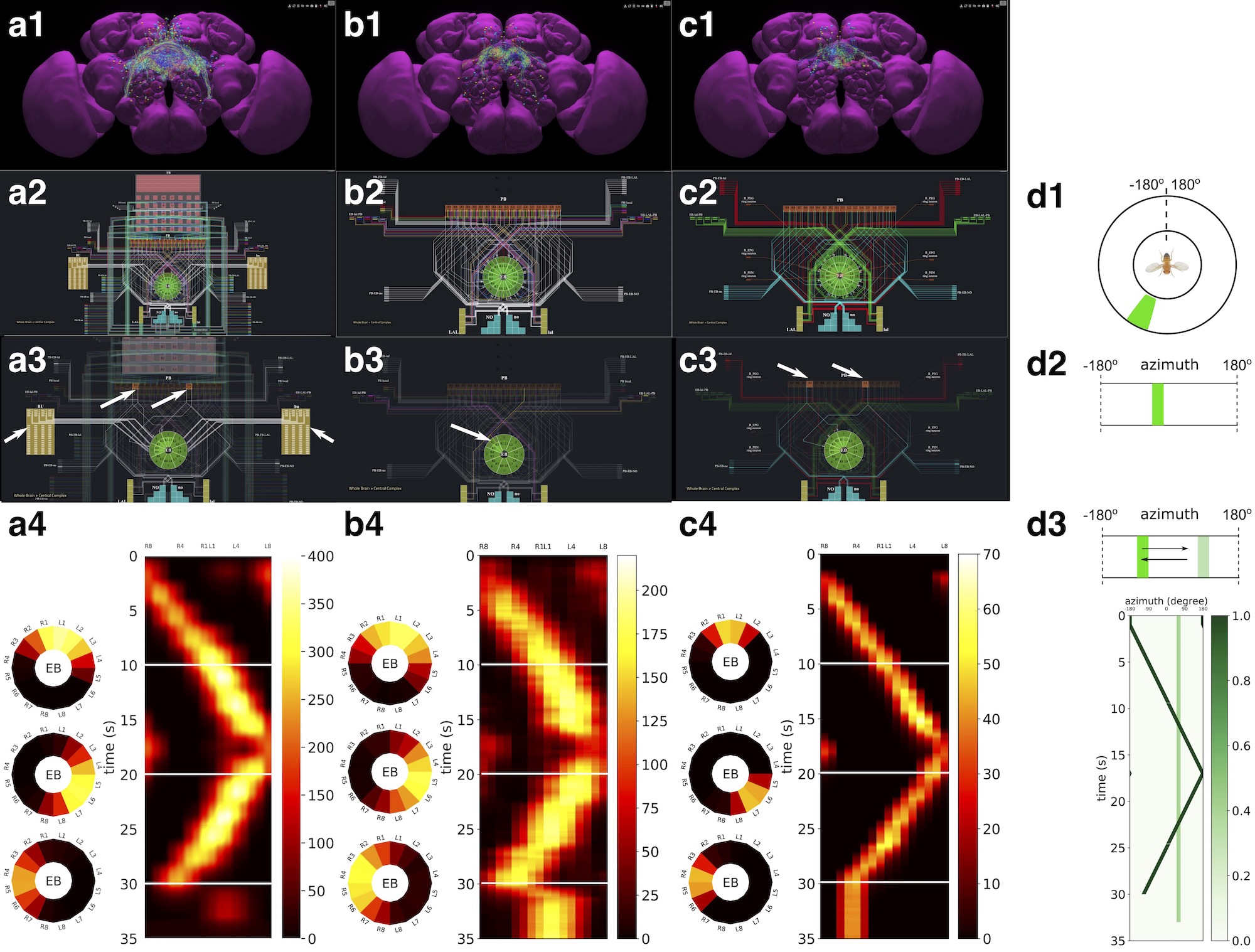 (a3, b3, c3) When a single vertical bar is presented in the visual field (d1/d2), different sets of neurons/subregions (highlighted) in each of the models, respectively, receive either current injections or external spike inputs.

(a4, b4, c4) The mean firing rates of the EB-LAL-PB neurons innervating each of the EB wedges of the three models, in response to the stimulus shown in (d3). Insets show the rates at 10, 20, and 30 s, respectively, overlaid onto the EB ring.

(d1) A schematic of the visual field surrounding the fly.

(d3) Input stimulus consisting of a bar moving back and forth across the screen, and a second fixed bar at 60˚ and with lower brightness.

In the video below, we demonstrate the interactive capabilities of the three models side-by-side, including the visualization of the morphology of CX neurons and the corresponding executable circuits, user interaction with the circuit diagram revealing connectivity pattern, and the execution of the circuit. The visual stimulus depicted in (d3) was presented to each of the three models.

Open source code and documentation is available as part of the Central Complex Circuits Library.