The FFBO assembles cell type, connectome, synaptome and activity maps within a single ecosystem that benefits three groups of stakeholders:

The FFBO dramatically increases the pace of discovery by enabling neurobiologists and computational neuroscientists alike to generate and test new hypotheses, by interrogating, visualizing and simulating the fruit fly brain at different scales, from neural circuits to neuropils and ultimately the entire brain. Learn more.

Resources for the common server-side components, BrainMapsViz and FlyBrainLab are, respectively, listed in the following sections.

The following figure depicts the server-side components, including the FFBO Processor, the NeuroArch Server, the NeuroNLP Server and the Neurokernel Server. 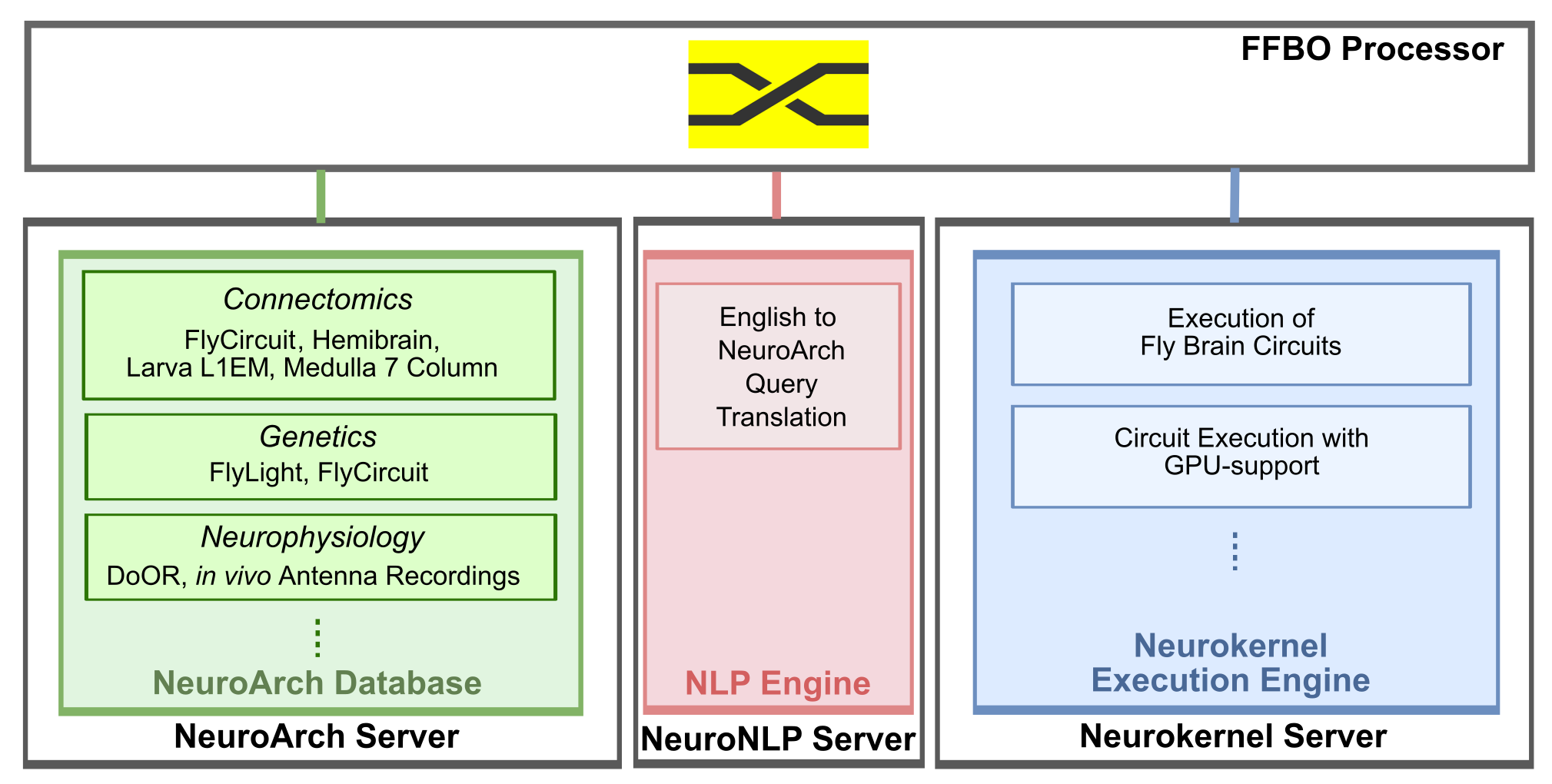 FFBO Processor implements a Crossbar.io router that establishes the communication path among connected components and clients. Components communicate using routed Remote Procedure Calls (RPCs) and a publish/subscribe mechanism. The FFBO processor can be hosted locally or in the cloud.

The Neurokernel Server directly fetches the specification of executable circuits from the NeuroArch Server, instantiates these circuits and transfers them for execution to the Neurokernel Execution Engine.

NeuroNLP Server provides an RPC API for translating queries written as English sentences, such as "add dopaminergic neurons innervating the mushroom body", into database queries that can be interpreted by the NeuroArch Server API, using the NLP Engine. This capability increases the accessibility of the NeuroArch Database to users without prior exposure to database programming, and greatly simplifies the often-demanding task of writing database queries.

3. Aurel A. Lazar, Tingkai Liu, Mehmet K. Turkcan, and Yiyin Zhou, Accelerating with FlyBrainLab the Discovery of the Functional Logic of the Drosophila Brain in the Connectomic and Synaptomic Era, eLife, February 2021.